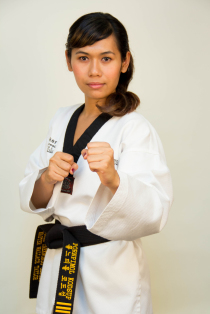 Currently pursuing her forth degree black belt, she has been awarded the title of Kyosanim by Master Wallace Taylor. Miss Aye has a Bachelor of Science in Fisheries Science with a major in Fishery Biology. She has also attained a Master of Science in Fisheries Science with a major in Aquatic Ecology and Environmental Assessment from Kasetsart University: known to be one of the most prestigious academic institutions in Thailand.  Both academic degrees were completed with honors. Miss Aye is also interested in Public Health. She combines her Public Health knowledge with Martial Arts and provide to her students and community to develope a community health and wellness. 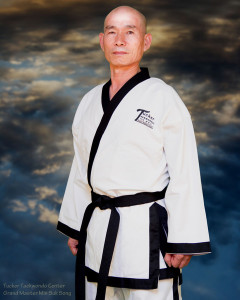 Grand Master Min Suk Song is a native of South Korea, born in 1943. He began his Taekwondo education at the age of 4 and received his first black belt in 1951, at age 8. Grandmaster Song is a decendent of the Chung Do Kwan discipline and has promoted Grandmaster Wallace Taylor in this tradition. His background in higher education includes a Masters of Political Science and a Law Degree in conjunction with a degree in administration and Korean Ministry.

In 1979, as he set forth his political career in with a position of Senator as his goal, Marshall Law was instituted in Korea. The escalating political upheaval and public outrage resulted in Grand Master leaving Korea for the United States. Once established, he began a pointed effort to open and launch Taekwondo schools all over the US. At his peak, Grand Master Song presided over 23 schools in 7 states.

With over 66 years of experience in martial arts and a student body  ranging from 7 to 8 thousand students, Grand Master has come to be a respected and astonishing member of the Taekwondo community at a global scale and an remarkable addition to the Tucker Taekwondo Center family.

Mr. Gonzalez is a gold and silver medalist in regional Taekwondo championships. He has also transferred his Martial Arts talents to theater at the Woodruff Center of Perofrming Arts. He is fluent in Spanish with roots from Mexico. Mr. Gonzalez is a student at Georgia State University studying Kinsiology and Health. 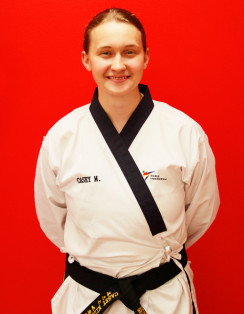 Casey M. Millette has been a member of the TTC family for over a decade. She is proud to hold a 3rd Dan in Taekwondo and a 2nd Dan in Japanese Sword. She assisted Grandmaster Wallace Taylor in developing the Swordsmanship program for TTC and has performed with her swords in the Chinatown demonstrations and TTC`s Woodruff Arts Center events. Furthermore, Casey is the official representative of TTC to USAT (USA Taekwondo) and is a coach of the TTC competition team. She is a Safesport certified instructor. When she isn`t training, her students can find her immersed in her studies of Journalism at GSU, writing screenplays and novels, or playing cello.

Cursed: The Hunter Inside, the first book of her epic YA fantasy series, has been traditionally published by the Parliament House Press and hit the Amazon bestseller list in the Arthurian fantasy category. 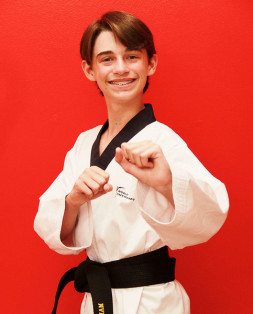 He attends Chamblee Charter High School with a 4.14 GPA. He endevours to become a Neurosurgeon.

Jemere Nelson is a 3rd degree black belt and one of Grand Master Taylor's first students. He has competed in 8 tournaments finishing with 6 gold medals along with several silver and bronze. He has assisted as instructor for the adult's class.  Mr. Nelson also voluteers his talents to teach all community outreach projects. Currently he is a store manager at a car rental agency and real estate investor.  He had several retail ventures in North Dekalb Mall and Snellville,  Jemere Nelson hopes to bring more industrial opportunity to under developed neighborhoods in South Dekalb and Atlanta.

Mr. Campus has been a student of TTC since he was seven years old. He has competed in many tournaments since that time and has devolped as an instructor in our program. Adrian is a third degree black belt in Taekwondo and has transferred his skills to theater as part of our Demonstration team. Adrian has performed at Woodruff Center of Performing Arts and Chinatown. He is fluent in Spanish with roots from Argentina.

Adrian is a student of Georgia Tech studying economics. 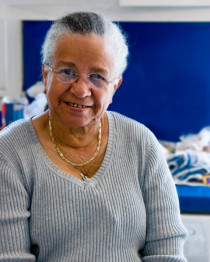 Ruby Taylor is a native of British Guyana and serves as the Diabetes/Health Educator at the Tucker Taekwondo Center.  She is a Registered Nurse with a notable career at Mercy Clinic in Atlanta.   She offers monthly seminars as well as individual health consultations. Mrs. Taylor has a Master's of Science in Nursing from Georgia State University and A Master of Business Administration from Troy State University. She is a retired Certified Family Nurse Practitioner and a Certified Diabetes Educator. 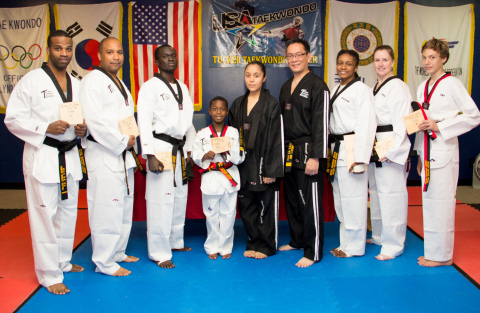 Contact us directly at any of our two convenient locations:

Learn all about our center and our various classes.